COVID-19: Keep up to date with the official guidance about travel from the Scottish Government. Information available on this site is subject to change and conference related businesses may not be operating as normal.

Glasgow celebrates busiest May on record for Business Tourism

More than 22,000 delegates came to Glasgow, boosting the economy by £25.5 million

More than 22,000 delegates came to Glasgow over the last month, making it the city’s busiest May on record for business tourism, providing an estimated £25.5 million boost to the local economy.

Conferences in May started with the arrival of 7,000 attendees at the All Energy Conference and Exhibition, swiftly followed by two major medical meetings held at the SEC, attracting a combined total of over 8,000 delegates. Other venues across the city were also busy with conferences, the University of Strathclyde’s Technology & Innovation Centre welcomed 1,000 delegates to the Annual Conference of the European Marketing Academy.

Glasgow is recognised as one of the world’s leading conference cities with business tourism featuring as a key pillar within the city’s Tourism and Visitor Plan to 2023. Glasgow’s reputation for innovation, the strength of our knowledge hub economy and the strong partnerships which exist between businesses and academic institutions set us apart from other potential host cities. This enables us to successfully bid to secure prestigious meetings to our city. Aileen Crawford, Head of Conventions at Glasgow Convention Bureau

Following on from exciting developments including the opening of the Clydeside Distillery, the first whisky distillery to be built in Glasgow in over a century, and the launch of the first new-build Radisson RED hotel in Europe – the Scottish Event Campus is also celebrating its most successful May yet.

The Scottish Event Campus has successfully delivered major conferences in the past month, including the World Federation of Hemophilia and the European Sports Traumatology, Knee Surgery and Arthroscopy Congress, and has accounted for 76% of all delegates in the city in May. These conferences take many years to secure, often against tough international competition, so we feel immensely proud to take these events from bid to delivery. Not only do these events demonstrate the value of the venue in delivering economic impact for the city, they help to internationalise the city’s reputation, and the SEC is proud to work with the many stakeholders involved in bringing these events to Glasgow. Kathleen Warden, Director of Conference Sales at the Scottish Event Campus

Designed to accelerate the way in which researchers in academia and industry collaborate and innovate together, Strathclyde University’s Technology and Innovation Centre officially opened for business in March 2015 and is also celebrating its busiest May yet.  Last month it hosted 68 events and welcomed a total of 3,624 delegates – a 55% increase on May last year and a massive 277% increase on May 2016.

We’re delighted to have played our part in Glasgow’s busiest May ever, which is a real testament to the collaborative approach that continues to win a wide range of high-profile, influential business events for Glasgow. What makes us truly unique at Strathclyde is our Technology & Innovation Centre (TIC), which is much more than an award-winning city-centre conference venue. It’s first and foremost our world-class research hub, a facility where our academics work in partnership with industry and the public sector on solutions to many of society’s ‘wicked problems’. Combining our research activity with flexible event spaces that are available all year round, TIC is a place where new innovations are showcased; where new relationships are forged; where the seeds of future collaborations are sown; and where ideas become legend. Gordon Hodge, Head of Conferencing and Events at the University of Strathclyde

Glasgow is one of the world’s leading conference destinations and, today, business tourism contributes significantly to the city’s economy. In the 2017/18 financial year, Glasgow won 500 new international and UK conferences through to 2022 worth £143 million.

Glasgow Convention Bureau is the city’s primary point of contact for conference organisers, working with partners on more than 100 bids for major UK and international conferences each year.

In March 2018, Glasgow Convention Bureau was named the UK’s Best Convention Bureau for a record 12th consecutive year. Glasgow was voted number one ahead of strong competition, in a UK-wide poll conducted by the influential industry magazine, M&IT.

Since first winning the M&IT title in 2007, Glasgow Convention Bureau has worked with industry, academic, city and national partners to deliver over £1 billion worth of business to Glasgow. That equates to securing more than 3,500 domestic and international conferences, with some 1.3 million conference delegates having spent more than four million nights in the city’s hotels.

Reflecting Glasgow’s position as a conference powerhouse, a report issued in May 2018 by leading industry body the International Congress and Convention Association (ICCA) showed that Glasgow attracted more international delegates in 2017 than major competitors including the likes of New York City, Zurich and Dubai and held more international conferences than Frankfurt am Main, Moscow and The Hague.

A key component of Glasgow’s success is the growing strength of the city’s Conference Ambassador Programme. Managed by Glasgow Convention Bureau, it supports in excess of 1,600 influential ambassadors – drawn from the city’s academic, scientific, medical and business communities – enabling them to persuade their own associations to host a conference in Glasgow. In 2017/18, the programme contributed 40% of all conference business won by Glasgow.

In August 2016, Glasgow became the first city in the UK to be included in a new sustainability ranking of 35 leading international conference destinations alongside the likes of Houston, Sydney, Kyoto, Barcelona, Geneva, Helsinki, Stockholm and Frankfurt.

The Global Destination Sustainability Index (GDS-Index), in collaboration with the International Congress and Convention Association (ICCA) and Professional Conference Organiser MCI Group, aims to bring destinations together to benchmark and improve the social and environmental performance of their respective meetings industries by highlighting best practice and promoting responsible business tourism.

Glasgow currently ranks 4th on the GDS-Index and by the end of 2018, Glasgow will have hosted 38 energy, sustainability and low carbon industry-related conferences over a 24 month period; delivering nearly 50,000 delegate days and boosting the city’s economy by more than £18.5 million.

In December 2016, Glasgow received the coveted Chairmen’s Award at the Association of British Professional Conference Organisers’ (ABPCO) prestigious annual Excellence Awards for the city’s innovative ‘Tomorrow’s Bureau, Today’ campaign – a year-long initiative championing the next generation of conventions measurement and demonstrating the legacy impact of conferences. 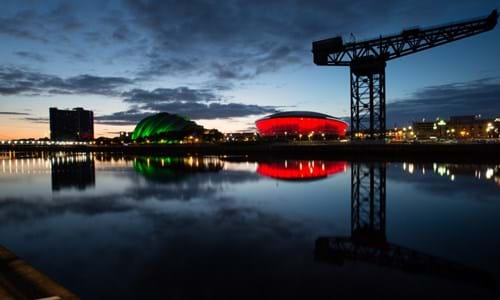 The World Federation of Hemophilia 2018 World Congress to boost Glasgow’s economy by £8.4 million as city gets set to welcome 4,000 delegates 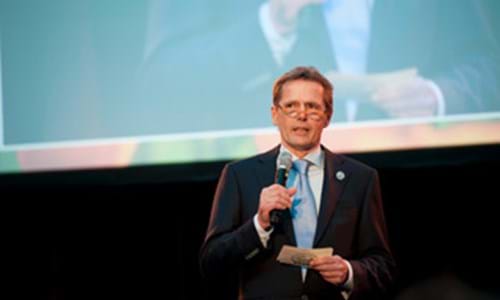 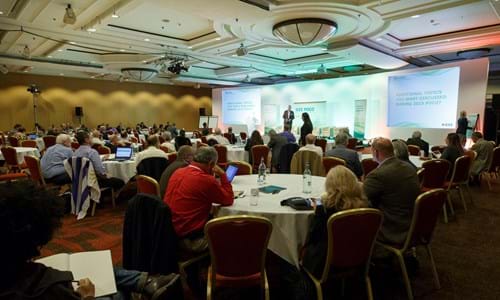 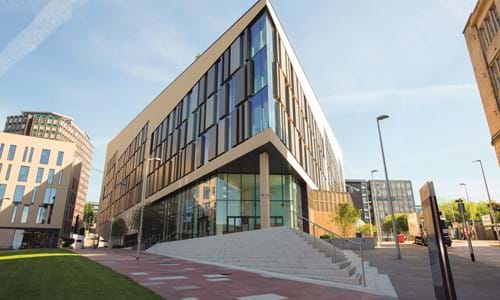