Theatre and telling stories on stage is a way of connecting people together. In a world of Facebook, Twitter, Instagram, Netflix, YouTube and the likes, we are becoming more and more disconnected from each other – not talking about how we feel, not verbally telling people what we do, texting and emailing instead of calling.

My new play Shattered, funded by the National Lottery and produced by our In Motion Theatre Company, looks at just that – it’s about the things we don’t say to each other but perhaps should and how relationships can be fractured by this. Inspired by interviews and real life experiences, it deals with the universal themes of grief, loss and isolation in a human and yet humorous way.

We will be touring 15 theatres across Scotland and also performing as part of the International Conference on Stillbirths SIDs and Infant Survival in Glasgow, throughout May and June this year.

Theatre is an excellent way to engage delegates at a conference, opening up discussions through the story and getting information across in a creative way after a day filled with lots of facts, figures and case studies.

Shattered takes place three years on after Lucy and Ben have lost their child to a sudden infant death but the story is universal.  As one line in the play says ‘It’s like everyone was here…… Then they disappeared, like the walked into a wardrobe, disappeared into Narnia, or maybe we’re in Narnia.’  People forget after you lose someone whether through a bereavement or relationship departure that the hurting does still continue, but after the initial loss, folk go back to their own lives, they call, they text for a bit and then everything goes back to normal for them (whatever normal is) and the visiting and hugging stops.

Lucy and Ben in the story represent the fractures that happen when this isolation occurs - the unsaid words , the world they want to recapture and reconnect with and how it takes stranger Katy who randomly comes into their lives to allow them to do this, while their long standing friend Tom cannot even wave at them.  Sometimes though it’s easier to talk to a stranger and open up – why?  Because it just is…..I’d like to have an answer to that but am not sure I do just yet….

For a moment delegates at ISPID will feel like they are in a theatre, somewhat removed from the conference, hearing a universal story, yet they will also be able to relate to it through their own expertise on the subject matter.

I have previously performed at conferences in Scotland with other plays which toured across the country.  One such play was Acceptance. This focuses on a girl who was looking for love through binge drinking and was performed as part of GINA and Scottish Government conferences.  Delegates at these conferences said that this was one of the most engaging parts of the day, allowing people to open up, talk and become involved on another level.

Some people who had seen performances at these conferences then took the play to their communities, organisations, theatres and work places, as well as to prisons, schools and higher education establishments. In some cases it helped them to establish new working relationships all over Scotland as well as allowing delegates to see how theatre can engage people – even those who may not think about going to the theatre.

Cultural events at conferences break up the heaviness of the day, allowing delegates to connect with their subject matter and those around them in a different way, through the immediacy of the story and the actors in front of them.

If you wish to go to a performance of the play, you can find more information on In Motion’s website. 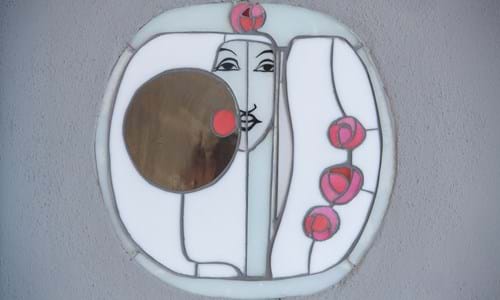